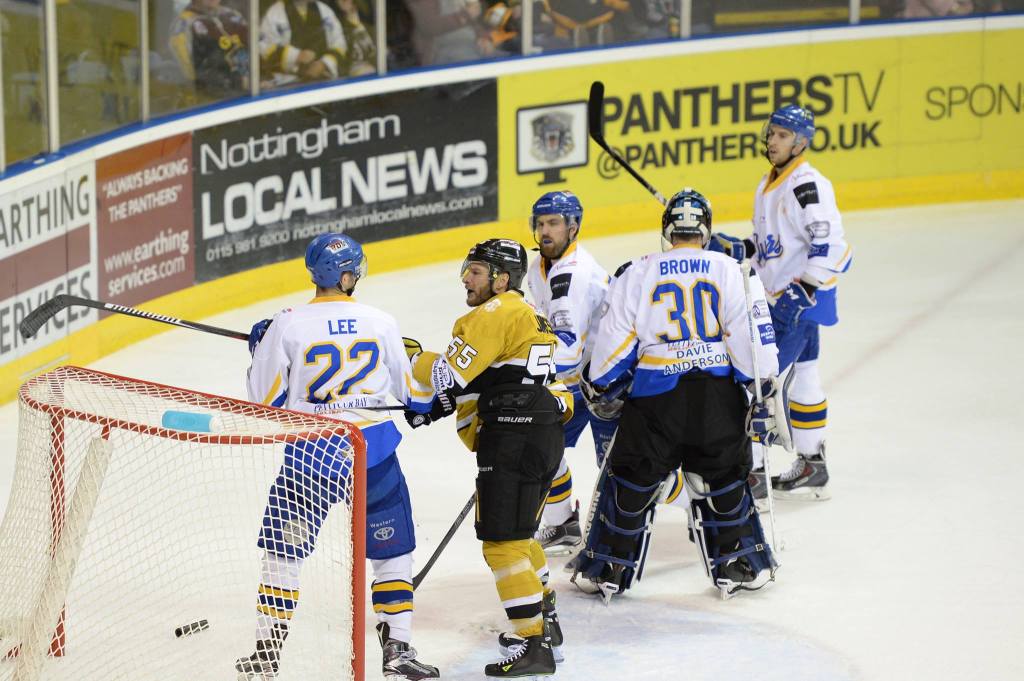 With the news that Cam Janssen will not be returning to the Nottingham Panthers, Cat’s Whiskers Podcast presenter Jono Bullard tries to put his feelings into words.

It had been a very pleasant Friday afternoon. Out for lunch with my parents & daughter before returning home to sit in the sun while the little one played in the garden. Whilst casually browsing Twitter I saw the following tweet pop-up from Panthers Marketing & Communications Officer Calum Chalmers:

#PanthersNation, got some news coming out in the next 10 minutes. It isn't good but keep an eye on the website

Believe it on not my first thought on reading it was Cam Janssen, no idea why but it was the first name that popped into my head. It wasn’t long until the bad news was confirmed by the club:

After reading it I felt a bit numb. This was a player who had re-signed on a two-year contract and was the absolute heartbeat of last seasons team. However he’s been offered an incredible opportunity in the media back home and, quite rightly, has to think of himself first. As someone who always came across so well when interviewed last season it’s not surprising him to see him follow this route and I’ve no doubt he’ll be a huge success within the broadcast media in St.Louis.

However this leaves a massive hole within Corey Neilson’s team for the coming season. Of course Janssen coming to Nottingham was as a consequence of Eric Lizon & Theo Peckham backing out of their deals to ice for the Panthers (some have said that there is a recurring theme but that is another debate for another article) so it seems to have come full circle, especially as it is almost a year to the day that he was announced as signing with the Panthers.

You can replace his goals and assists quite easily, you can probably replace the penalty minutes with an enforcer of a similar ilk. What will be extremely difficult to replace is the drive and energy he brought to the ice which lifted the team around him and the supporters in the stands. There are numerous examples of him doing this with a well timed hit or a fight, but I think the best example I can think of was against Belfast Giants in the home leg of the play-off quarter final. With Giants 3-2 up and Panthers looking very flat, Janssen scored an equaliser that lifted the team. His joy in scoring obvious to the NIC crowd as he punched the plexiglass in front of block 7. Of course Panthers went on to win the game 4-3, won 3-1 in Belfast and ultimately lifted the EIHL Play-Off title.

I was lucky enough to interview him a couple of times for the podcast during the season and I don’t think I’ve ever met a player who was so intense. You could feel the will to win and the passion he had as he spoke, he was a marketing dream for the club and that is what is going to be hard to replace. He was the poster boy, rightly so and you only have to look a the reaction of the fanbase since the announcement to know how much he will be missed.

After the outrage from across the league after he signed last August it was great to see Janssen become a success in Nottingham and to stick it to those who were all too quick to criticise his signing. He was a huge success and brought genuine toughness to the team without ever going over the top with it. He leaves huge skates to fill and a tough act to follow. Panthers loss is definitely St. Louis media’s gain.