What A Nice Bunch 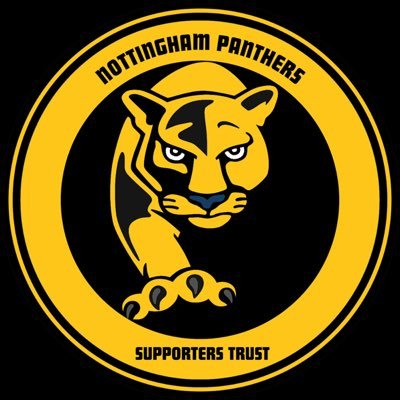 Sam Holmes from the Nottingham Panthers Supporters Trust writes about the leaflet distribution on Sunday to raise awareness for the proposed trust.

Sunday saw an excellent team of volunteers handing out leaflets advertising the Nottingham Panthers Supporters Trust and the feedback we got was phenomenal! A huge thank you goes out to the brilliant fan base that is The Panthers Nation for their support and the extremely positive response that we received. It was really enjoyable to talk to so many of you and to answer some of your questions.

One woman said: “The supporters trust is a brilliant and well thought of idea, well done to whoever it was that thought it up.”

Since the Nottingham Panthers Supporters Club (NPSC) ceased operating, it was noticed that the club no longer had an organised supporters group of any kind. The Supporters Trust was proposed to help channel the positive intent that the Panthers Nation have into something cohesive and collaborative to put forward to the club, hoping to one day become a huge influence. So far, the proposal has been met with nothing but positivity but the question is will it make a difference? Well we certainly hope so! Trusts are constantly gaining great exposure at all levels, to the point where the government are putting significant support into the growth of their influence across multiple sports! In some sports, the leagues and governing bodies are beginning to bring in their own rules over clubs needing to engage with trusts.

But what is a supporter’s trust? A supporter’s trust is a formal, democratic and non-profitable organisation of fans that attempt to strengthen the influence of supporters over the running of their club. In other words, it is an opportunity for you, the wonderful fans, to have your say on how you think the club should be ran.

If you guys were down at the game on Sunday, then you know we had an amazing result, both on and off the ice. The Panthers defeated the Devils with a 5-2 score line and we, the supporters trust were able to pitch our idea to you guys! There were very few negative comments, but we took them as positives and as an incentive to work even harder to prove the very few wrong. Mostly, however, the positivity was overwhelming!

One man added: “It’s an amazing idea and I really believe our voices need to be heard!”

These were only a few of the hundreds of comments we received on the leaflet drop, we even had support from one Cardiff Devils fan adding:

“This a fabulous idea from the fans of another team, who we have always respected.” – A credit to the Devils Organisation.

One of the trust members commented: “There were a couple negative comments that I came across but these were from people who had an opinion to express and that is a good thing. If we can make progress and demonstrate some achievements over the coming months, no matter how small, we can win people over.”

One question that seemed to crop up many times was: Isn’t a trust about owning the club? Well, many trusts do indeed seek to gain equity as both a safeguarding measure and to strengthen influence at board level. That Is not to say, however, that a trust cannot have influence without owning some of the club they represent – many can and continue to do so.

Again we will be handing out leaflets on the 27th December before the Sheffield Steelers game so look out for us from 2pm onwards. If you would like to get involved then please get in touch. The more the merrier. The trust is open to absolutely anyone, that’s the wonderful thing, so come down, meet some new people, have your say. Who knows, you might even make a lifelong friend whilst influencing your club.

If there are any more questions you have or if you want to get involved then here’s how:

Firstly, come along to our meeting on the 2nd January at the Bunkers Hill after the Edinburgh Capitals game. We will talk some more about what forming a trust would take and how we might look to move forward if there is enough support to do so. A trust needs all sorts of help and expertise, and it is all welcomed. You can follow us on Twitter: @NPSupporters to stay up to date and contact rob@pantherstrust.co.uk in the interim if you have questions that cannot wait. Even head over to our website: www.pantherstrust.co.uk and check us out! Again we thank you for the overwhelming support and we hope to see you on the 2nd January, upstairs at the Bunkers Hill.

Merry Christmas and a Happy New Year from all at the Panthers Supporters Trust.