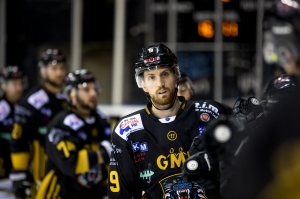 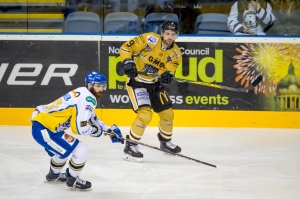 Paul Balm
Sometimes things land in your lap for a reason. If nothing else demonstrates the concept of speculating to accumulate it’s the signing of Brett. Now my second favourite Perlini.

Jono Bullard
A gem of a signing and the fact he’s British is the icing on the cake.
A really great bit of business getting Perlini to follow in his fathers footsteps and I hope Chernomaz, GM & Black are sorting out an offer he cannot refuse to come back to the NIC next season.
Import quality Brits are few & far between and I hope the club are making his return a priority.

Andy Haywood
Signing of the season? I certainly think so. He was our leading scorer over the season and the real gem of this signing is that he is effectively an import who, because of a loophole, qualifies as a Brit! When you have a player like Evan Mosey who owns a British Passport and is an import, players like this are a steal.
Depending on his decision, he might want to go back “home” and play nearer to his family, he could become the most sought-after signature in the league this upcoming season and could boast to being the highest player on the team if he so desired, he’s that good anyway, and the fact he’s a Brit just emphasises it. I cannot say enough good things about him.

Antoine Marie-Jeanne
My Panthers Player of the Season. Import quality and as a Brit should be given a long-term deal to stay with the Panthers. If he’s still here next year I’d like to see him with an A. Scores goals, creates goals, wins face-offs and back checks well too. OK he tailed off in the second half of the season, but so did everyone else!

Adam Reddish
Goal scoring Brits are as rare as admissions of Russian guilt, so his potency in front of the net has been a huge bonus. Unlikely that Perlini would be so heavily relied on for primary scoring this season, so the fact that he contributed so much offensively probably came as a welcome surprise for most fans. A gifted forward, Perlini’s willingness to shoot from all areas of the offensive zone kept goaltenders alert, and his predatory instincts around the net should ensure his re-signing is one of Rich Chernomaz’s first priorities as Head Coach.

Tina Taylor
He may not have racked up the points that his father did (But how in the heck could he have?!) for the Panthers but up until the final Scottish triple header he was leading the team in goals, not bad for a ‘Brit’.  Corey Neilson pulled an absolute blinder bringing Perlini to Nottingham, growing up in the British system but mainly trained abroad we’ve had an import quality Brit without a doubt and his contribution to the team can be easily measured, we’d do well to keep hold of him, with the retirement of David Clarke we’ll be looking to someone like Brett to fill the gap!