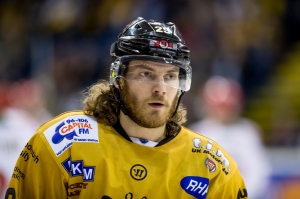 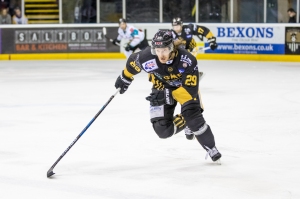 Jono Bullard
Never gives less than 100% every single shift and is probably the best skater on the team, BUT is he a forward or a Defenceman?
If he’s a forward does he produce enough points and if he’s a defenceman is he strong enough on the blueline? A real quandary for new coach Rich Chernomaz to consider if he’s thinking of offering Lindhagen a contract for next season.

Andy Haywood
Felt sorry for Lindhagen as once again his versatility was his own downfall. Not a defenceman by any stretch, but more than adequate to fill in from time to time, but also doesn’t offer too much threat in attack. An incredibly gifted skater, hard worker and consistent night in night out. Just dipped on last season’s performances in my opinion.

Antoine Marie-Jeanne
Mr dependable, no frills and will play whatever role you ask of him. A good squad player, just wish we’d see more from him going forward. Another one I’d not be disappointed in if he returned for a third season. Has the best hair in the league.

Adam Reddish
Mr Versatile continued his flexibility to switch roles into a second season, once again showing he could be relied upon to play at both ends of the ice without hesitation. When deployed by Neilson as a forward, his speed and tenaciousness to hunt down and turnover the puck was a key asset for the team, whilst his smooth skating ability and sound spatial awareness kept things on track whilst patrolling the blue line.

Tina Taylor
Being one of his sponsors I’m bound to be a fan of ‘The Swede’ but he does give me something to cheer about.  Every shift has 100% effort, one of the best skaters, he’ll play wherever you ask him to and he’s another one in the team who doesn’t put up the points but you can see the contribution he’s making.  When we re-signed Mosey the question of Lindhagen’s place in the team was raised and while I don’t think he’s a critical addition to the Panthers I do think he’s a very, very nice to have.  He also has better hair than me so I must remember to ask him for some tips just in case he’s not giving us a third year!