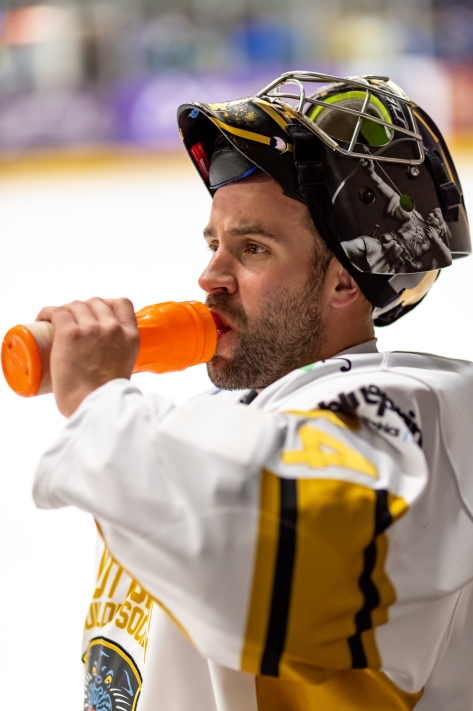 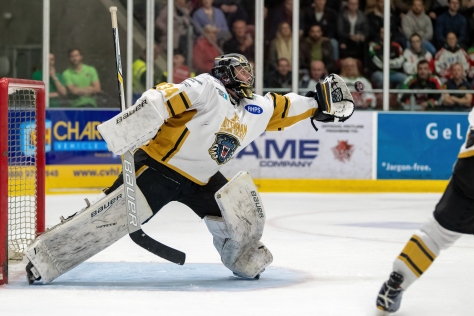 Joe Balm
I think overall Garnett has had a good season.  There were some fans in the offseason who wouldn’t have brought back Garnett based on some of his performances last season but for me personally he has been much improved and has arguably stopped this season from being a lot worse.  Sad to see his season and potentially time with the Panthers end the way it has but good luck to him in whatever he does next.

Sam Balm
An up and down season for Garnett, much like 17/18, which has seen him lose his starting spot the import backup for the second season in a row.  On his day one of the best goalies in the league, however he has fallen victim to the poor defence in front of him.  It is widely expected he will retire at the end of the season and I wish him all the best for the future.

Antoine Marie-Jeanne
What did I say last year? Pretty much more of the same this year. Put in some impressive performances but also wasn’t great at times.  Great character and definitely a “team first” guy, but the Panthers are still stuck in their post-Kowalski era and it could be a while before we find someone who fills the huge skates K-wall left behind.

Adam Reddish
Seemed to be the fall guy for many fans which was unfair.  More starts this year contributed to Garnett’s consistency between the pipes and that’s all you can ask for in a goaltender. It wasn’t his fault there was very little happening at the other end of the ice. His performances can be characterised as nothing too flash, nothing too showy; but if it’s to be his last season as a pro then the way he was airbrushed out the picture towards the end of the regulation is surely bound to leave a bitter taste in the mouth.

Tina Taylor
It was great that Patrick Munson got us to POFW and he did go on something of a run to earn his place but when it comes to big games, you need the big game goalie so it was baffling to me that Garnett didn’t get the start in the semi-final, although from what I heard it wouldn’t have mattered if we’d blocked the net off with an actual wall, we’d have still lost!

A very experienced goalie who did wonders for us on that dream run in the CHL last season, some fans were quick to turn on him for the more entertaining alternative when he let a puck in here or there and wasn’t getting a shutout every game but prior to Munson’s arrival Mike Garnett had been doing a decent job for us backstopping a team that were as consistent as cheap gravy.  I’m pretty confident that Garnett won’t be coming back to Nottingham but he’ll be remembered fondly for being a big part of Panthers making history while he was here.