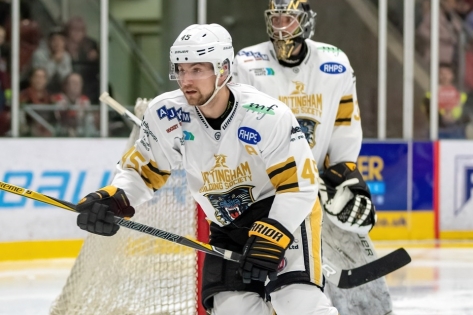 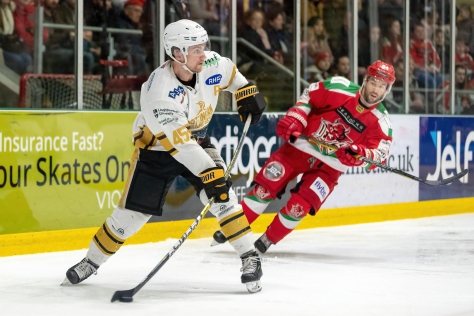 Joe Balm
Pretty standard season from Lee.  Unfortunate that his season ended the way that it did with him breaking his jaw.  One of the best British D-man in the league so it is important that he returns next season.

Sam Balm
A solid and dependable player who does exactly what it says on the tin.  Never going to be that high on the scoring charts but I don’t expect him to be.  I feel the return to assistant captain has allowed him to work more closely on his game and bring back a bit of the physical edge he has been lacking in recent seasons.  I would expect him to return to the Panthers blueline for 19/20.

Antoine Marie-Jeanne
Rewarded with a testimonial this year (which was a cracking night both at the game and afterwards), Lee was steady this year.  I think not having the “C” freed him up a little and we saw signs of his physical game returning.  Do I think he’s the best British d-man, no, is he the worst, hell no.  Steady, not spectacular, he’d benefit most by being paired with a mobile d-man I think.

Adam Reddish
We can thank Stevie’s deserved Testimonial game during the season for providing one of the few bright spots in 2018-19 with a whole host of Panthers alumni returning to the NIC to rekindle memories of happier times.  In terms of Steve’s domestic campaign, it’s pretty much Groundhog Day from previous season’s.  You get exactly what it says on the tin with #45 thanks to the effort he brings to every game.  Not the best D man in the league, but not the worst by a long stretch and his ‘keep it simple’ approach to defence is a valuable attribute for the club.  Extremely sad that his season was curtailed with a broken jaw picked up in Fife, and would be heartbreaking if he was to miss out on GB’s Pool A adventure in Slovakia given the role he’s played in the national team’s rise up the rankings.

Tina Taylor
In his Testimonial season I think we know by now what we’re getting with Steve Lee, he’ll graft every shift, block a thousand pucks each game and despite several concussions will still drop the gloves if required.

Sadly, dropping the gloves is what prematurely ended Stevie’s season and may well take him out of the GB team for the upcoming World Championships, it would be fitting for him to go, he’s certainly earned it.